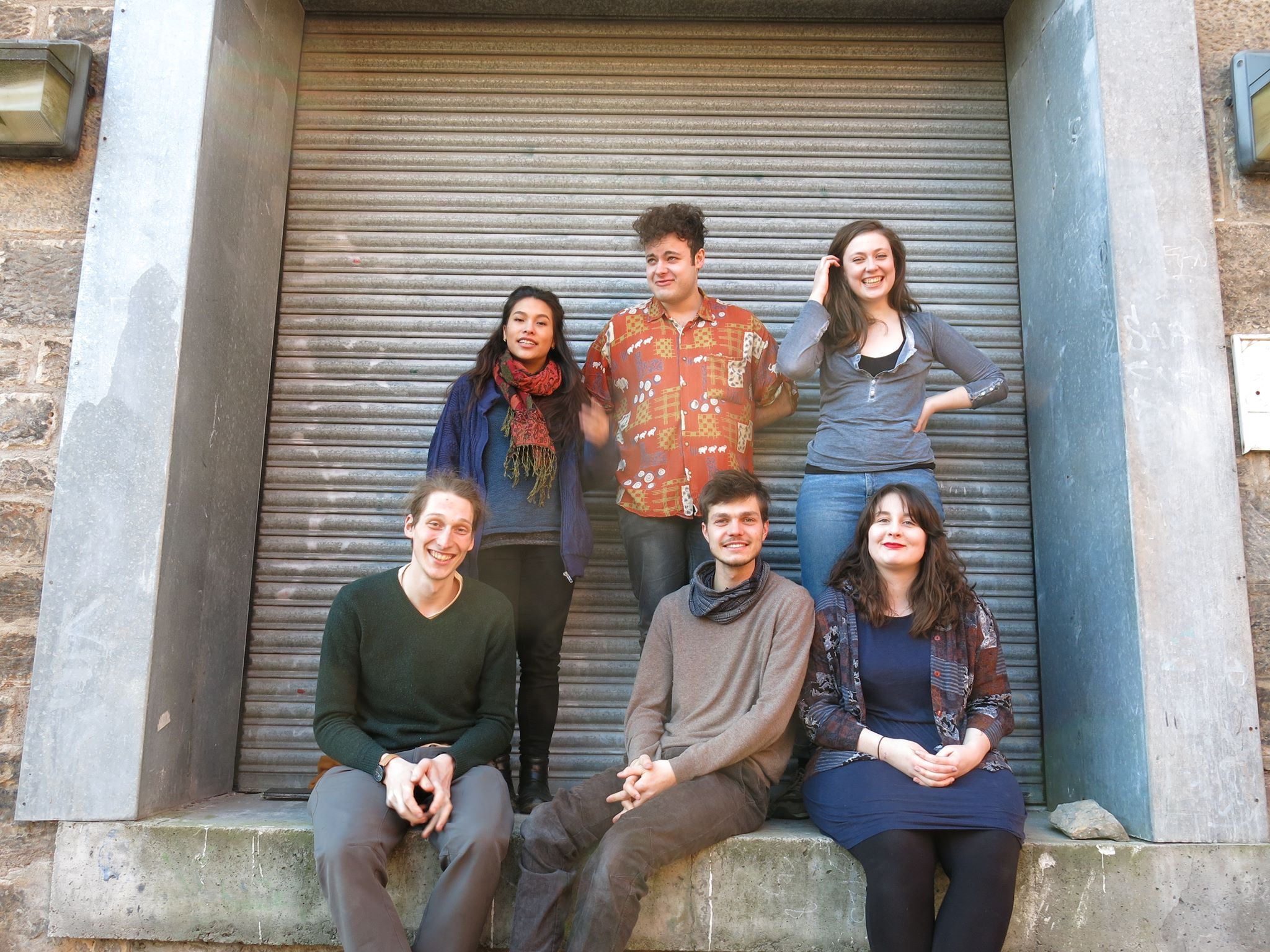 The Doing Group is a collaborative performance group concerned with the process of ‘doing’ which in turn produces new realities. Its practice is one of constructive and open questioning. Performance is a means for inquiry. As The Doing Group, we strive to challenge each other and learn more about what surrounds us. What brings us as performers together is a shared embrace of difficult questions and the rejection of simple answers.

In 2015,  The Doing Group formed out of Glasgow University’s Theatre Studies Department across multiple years of study. We started weekly performance laboratories and “doings” within the urban landscape of Glasgow combining regular workshops and studio practice with urban field-work including Situationist-inspired derive and urban explorations. Now in our fifth year of collaboration, these initial methods have grown and branched to encompass investigations into topics such as ruination, myth and energy.

The Doing Group benefits from a wide range of practices such as dance, opera, clowning, street performance and contemporary devising, conjoining to create a richly textured and varied range of perspectives.

Irina Glinski is a cross-disciplinary dramaturg and freelance creative coordinator.  She currently works in education doing socially-engaged outreach things, and for Springback, The List, Tempo House, Exeunt and TV Bomb doing wordy things. She has previously worked in other places doing other things. She likes concrete and infrastructure a lot and dislikes writing about herself in the third person. irinaglinski.co.uk

Christiana Bissett is interested in performance as an interface for urban ecologies. From 2016-18 she was based Helsinki as part of an interdisciplinary project in Ecology and Contemporary Performance. In Glasgow she has delivered outreach and educational programme for Junction 25, National Theatre of Scotland and Tramway, where she holds the job title of resident Tramwean. cargocollective.com/christiana

Hannah Kendaru is a performance maker, teacher and thinker interested in theatre ecology and what that may mean in the current, global climate. Grounding and developing her practices in movement, photography and film, she is interested in the power of authenticity in self-documentation as a radical act. She also enjoys rock climbing and yoga.

Josh Widera is a performance thinker and maker interested in everything from political performance to urbanism. He is a Studienstiftung and Fulbright scholar and has created and presented work in the UK, Finland, Germany and Australia. Josh is excited about cycling, non-formal education and coffee.

Peter Lorenz started off as a clown and ended up directing Beckett, Müller and Jelinek as well as original performances ranging from solo choreographies to interactive installations in the UK, the Balkans and the German-speaking-area. Apart from also working as assistant director for different opera companies all over Europe, Peter enjoys getting inspired by playing with remnants of society such as ruins, detritus and noise. http://peterlorenz.at/

Stanley Smith is a performance creator in all respects. Performing street theatre since a baby with Mischief la-Bas and Conflux, and previously being a long term member of the award-winning Junction 25, he now channels this experience vaguely towards trying to make amusing things in a clever way. He has an MLitt in Theatre Practices and an increasing interest in aural and olfactory content.